This is the continuation of 'Unknown facts about Narayan Gopal' series by Prakash Sayami. Links to the related previous posts are: 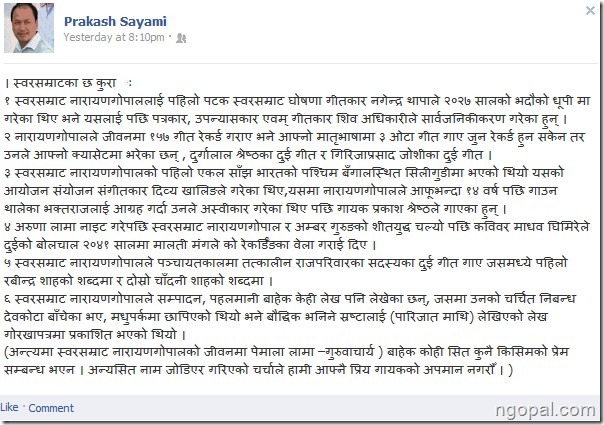